Sofia Rossari born Sofia Cecilia Rossari to Emilio Rossari and Nicoletta Caratti-Rossari on Hapes. When she was born her older sister Arianna was three years old. Sofia and Arianna were very close when they were young, they went everywhere together. Two years later their mother gave birth to twin boys, Lucio and Sandro.

When Sofia was 7 and Arianna 10 they went to the Royal Hapan Academy for Girls they kept close together whenever they could. Sofia studied natural science courses including biology and human biology, and was bound for medical school. Arianna however was less of a science person so she took many language and literature courses. By the time Sofia was 9 the twins began attending the Royal Hapan Academy for Boys a year or so later it was apparent that Lucio was bound to be a scientist as he always had his nose in a book on technology or nature. Sandro however was like any regular boy, fascinated by guns, explosions, and action. This however always seemed to get him into trouble.

When Sofia was born her father was starting his own small business selling droids and small vehicles hoping it would take off. Years past with barely any sign of large improvement to come his way. When Sofia turned 10 however that all changed. Emilio signed a contract with two big name companies wanting to buy his products. With the sudden demand for his products he expanded his business to support the new demand. Shortly after he was rewarded with large profits. The family celebrated the success and moved to a larger house. This allowed the children to receive a good education.

A Life Of Her Own[edit | edit source]

When Sofia was 17 she left home her sister had left the previous year being 19. The twins were 15 when Sofia said she was leaving. She went to the Royal Hapan University to continue her medical schooling. Feeling that violence would never be the answer to settle any differing beliefs, Sofia starts to work for a medical company devoted to help the innocent bystanders hurt each and everyday in warfare. Two years later Sandro joined the military of some government, to Sofia’s dismay, as she disliked warfare.

Out in the Great Galaxy[edit | edit source]

Because of her want to help those hurt she decided to join RepMed. However she did not stay long when NRI (New Republic Intelligence) felt that her ties to Keeya and Kat were a risk to the New Republic as a whole. A week or so later she left RepMed.

For a short time she joined Ailon Nova Guard, but then left her reasons unknown to ANG.

Feeling that the military was not for her nor was it safe environment for her unborn baby Sofia left the Coalition on Year 12 Day 99 and joined Athakam MedTech an affiliate of Tion Hegemony.

During her time in the galaxy Sofia met a man by the name of Krios Malana. After being with him some time Sofia found that she had become pregnant, she found it hard not to tell Krios at first that she was even pregnant and that he was the father. Half a month later on Year 12 Day 82, Krios asked Sofia to marry him, which she happily accepted. 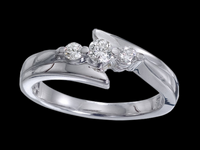 Two days after the breakup and still rather upset from the breakup she met Dirk Endow, an officer in Hapes Royal Armed Forces. Dirk was able to take her mind off the breakup and to make her very happy whenever they were together, this has since led to them dating.

After being together for about 2 months, and always happy to be with each other when ever they could, Dirk felt that their relationship should move toward the next step. On Year 12 Day 182 Dirk proposed to Sofia and she eagerly accepted. 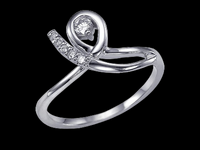 Sofia has since reconnected with her brother Lucio.

Lucio Rossari- Brother (Named after grandfather on father's side)

Sandro Rossari- Brother (Named after grandfather on mother's side)

The Fate of Shadows a Pursuer Enforcement Ship was Sofia's first ship she bought. Though she bought it from Helena Gladio a so-called scammer, there were no problems when the exchange took place.

The Umbra Spectre a Pinook Fighter was bought at the same time as Fatal Attraction from a trader named Filithell Arborin. Was sold on Year 12 Day 278.

The Fatal Attraction a Star Saber XC-01 Starfigher MkI was bought along with Umbra Spectre. Was sold on Year 12 Day 278.

Retrieved from "https://waryn.fandom.com/wiki/Sofia_Rossari?oldid=6742"
Community content is available under CC-BY-SA unless otherwise noted.